Serving our clients for over 25 years 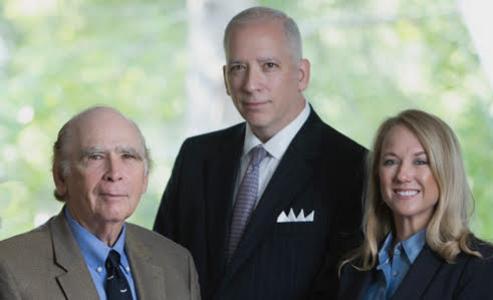 Gary Davis is the founder and president of DavisAir. Gary began flying at the age of sixteen and was also a USNR aviator.  Prior to starting DavisAir, he was involved in the auto parts business where he owned three NAPA warehouses and multiple stores throughout Pennsylvania, Ohio and West Virginia. Over the years Gary has owned a wide variety of aircraft including Barons, King Airs, Citations, Learjets, a  Hawker and an interest in a Gulfstream IV. From 1999 to 2009 he was Chairman of a aviation service company based in the northeast which managed a large fleet of jets and provided  aircraft charter, management, maintenance, fueling and sales.  Gary has several thousand hours in various aircraft and holds an aircraft transport pilot certificate with Citation and Learjet type ratings. What sets Gary apart is his personal knowledge of all facets of aviation from the perspective of both an owner and business professional.

Brooks Davis is a founding partner and vice president of DavisAir. He has a private law practice with a focus on aviation matters including FAA enforcement actions, aircraft sales and acquisitions, aircraft leasing and plaintiff representation in catastrophic accidents. Brooks holds an airline transport pilot certificate and is type rated in LearJet aircraft. Brooks has several thousand hours of experience in a variety of different aircraft flying cargo, medevac, transplant and executive transportation missions. He ran a Piper Aircraft dealership responsible for new aircraft sales and service in Pennsylvania and New York and New Jersey and owned a Mooney Aircraft dealership responsible for new aircraft sales and service in New York and Connecticut. Brooks was responsible for acquiring and selling jet and turboprop aircraft for some of the largest companies on the east coast. Brooks is a panel attorney for the Aircraft Owners and Pilots Association and a member of the Lawyer-Pilots Bar Association.

Melissa Munoz is the Controller at DavisAir, Inc.  Melissa has a B.S. in Business Management and a Masters in Accountancy from the University of South Carolina.  Melissa has over 15 years of experience in public accounting, corporate accounting, and non-profit accounting.  She has developed an expertise in aircraft charter profitability, financial projections and cost analysis. Her experience and expertise is invaluable to both the company and our clients.